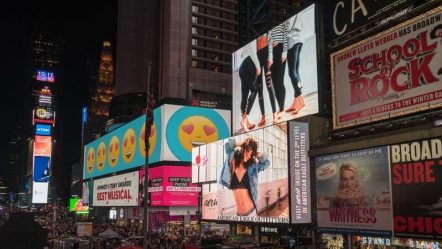 Subliminal advertising examples are all around us, and we often don’t even realize it. These ads are designed to bypass our conscious minds and influence our decisions subconsciously. Often, subliminal messages persuade people to buy products or services.

What is subliminal advertising?

Subliminal advertising is a form of marketing that employs techniques designed to bypass the conscious mind and deliver messages directly to the subconscious. This can be done in a number of ways, including embedding hidden images or messages in audio or visual media or using subtle cues that are below the level of conscious awareness. Unlike Guerilla Marketing, subliminal advertising relies on subtlety.

While there is no concrete evidence that subliminal advertising is effective, some studies have shown that it can influence consumers’ purchasing decisions at a subconscious level.

For example, one study found that participants were more likely to choose a product after seeing it paired with a positive word (such as “love”) on a split-second subliminal exposure.

However, other research has cast doubt on the efficacy of hidden messages, suggesting that their effects are often overstated. As such, the jury is still out on whether or not subliminal advertising is truly effective.

Sub-audible messages are low-frequency sounds that are below the threshold of human hearing.

Sub-visual messages are brief flashes of images that are presented too quickly for the conscious mind to process.

Backmasking is a technique in which a message is recorded backward onto a track that is played forwards. The backward message is not consciously audible, but it can be processed by the subconscious mind.

While there is some debate about the effectiveness of subliminal messaging, there is no doubt that it is a powerful tool for influencing behavior.

Let’s look at some examples of effective subliminal ads.

FedEx is a top courier company. In its iconic logo, the hidden arrow between the “E” and “X” is a subtle way of conveying speed and movement. This symbol of forward momentum is reinforced in the company’s slogan, “When it absolutely, positively has to be there overnight.”

By hiding a message of urgency in its branding, FedEx encourages customers to think of it as the go-to choice for time-sensitive deliveries. The company’s use of effective subliminal advertising is just one of the reasons why it has become one of the world’s most recognized and respected brands.

Baskin Robbins is one of the most popular ice cream brands in the world, and it’s known for its wide selection of flavors. The company’s logo is a combination of pink and blue lettering, and if you just look at the pink portion, you’ll see that it says “31.”

This subliminal message was intended to convey the idea that Baskin Robbins has 31 different flavors of ice cream, and it’s been very effective in helping the brand to stand out from its competitors.

In 2013, Wendy’s updated their logo in an attempt to subliminally suggest the word “mom” to consumers. The marketing strategy and thinking behind this was that the positive connotation of the word would create a more favorable image of the brand in people’s minds. However, the effect of this change was not as drastic as they had hoped and it is difficult to say whether or not it had any significant impact on consumer behavior.

Amazon’s use of subliminal messaging is clever and effective. Their logo, which starts at the “A” and ends at the “Z” communicates that the retailer sells everything from A to Z. This subtle message is reinforced by the company’s slogan, “The Everything Store.” By using subliminal messaging, Amazon is able to effectively communicate its brand identity and positioning to consumers. As a result, the company has become one of the most successful retailers in the world.

Coca-Cola and Pepsi are two of the most popular soft drinks in the world. For years, they have been engaged in a fierce rivalry, with each company trying to outdo the other in terms of sales and marketing. Recently, this rivalry has taken on a new form: subliminal advertising.

Pepsi released a Halloween-themed ad that featured a can of Pepsi dressed in a Coca-Cola cape. The tagline for the ad was ‘We wish you a scary Halloween.’ Coca-Cola responded with their own ad, which featured the same image but with a different tagline: ‘Everybody Wants to be a Hero.’

Although it’s not a completely subliminal ad, this is more of a subtle approach to delivering an advertising message.

The Tostitos logo is a simple yet effective design that features two friends Sharing chips and salsa. The use of subliminal messages in the company logo is clever and Likely to appeal to customers on an emotional level.

The hidden message conveyed is That Tostitos is a fun and social brand That brings people together. This is consistent with the company’s positioning As a party food brand. The logo is likely to be particularly effective in encouraging customers to buy Tostitos products When they are planning social gatherings.

KFC has been using a subliminal marketing campaign on social media to subtly promote its brand. They follow 11 accounts on Twitter, denoting their 11 secret ingredients. They follow all members of the British ‘90s pop band, the Spice Girls, and six people named Herb. Which is a subtle play at herbs and spices. This campaign is clever and shows that KFC has a sense of humor when it comes to its digital marketing. It is a clever way to get their name out there and create a buzz around their product. So far, it seems to be working!

8. Pirates of the Caribbean

Disney’s Pirates of the Caribbean franchise is no stranger to subliminal advertising. In Dead Man’s Chest, the skull and crossbones emblem was adapted to look more like Disney’s iconic Mickey Mouse logo. This was likely done in an attempt to subconsciously endear audiences to the franchise and its characters.

The tactic seems to have worked, as the Pirates of the Caribbean films have been enormously successful, grossing over $4.5 billion at the global box office.

So, what have we learned from these few examples?

Subliminal advertising is a powerful way to get your message across to consumers. It can be used in a variety of ways and has been shown to be very effective. However, it’s important to use it ethically and with caution.

There are some great examples out there of subliminal advertising done well, but also some terrible ones. As long as you stay aware of the ethical implications and use good judgment, subliminal advertising can be an incredibly effective marketing tool. You can use a creative automation platform to test your ads before running them at scale and see how they perform.

Have you seen any good or bad examples of subliminal advertising lately?

Related: Marketing and the First Moment of Truth 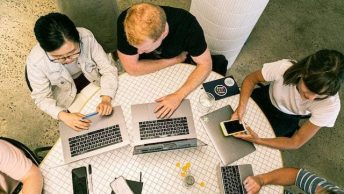 The Power of Marketing: History, Tips, Marketing vs Advertising 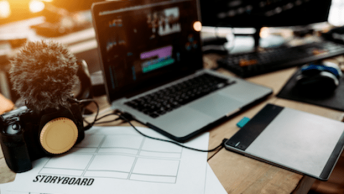 How Smart Businesses Use Video Marketing and SEO Together 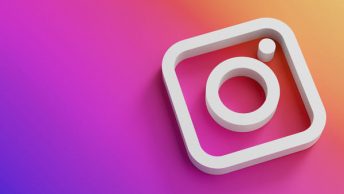 12 Examples of Thoughtful Thank You Messages for Instagram Followers